The Renault 4CV Register of Australia was formed in 1987

The Renault 4CV Register of Australia is Australia’s national body for enthusiasts of the Renault 4CV and all its direct mechanical successors. The legendary Renault 4CV provided the basis for a remarkable family of rear-engined Renaults which continued into the 1990s – many of which won major motorsport honours. These include the Dauphine, Floride, Caravelle, R8, R10, and the Renault Alpines which began in the 1950s and ran through the fabled A110 to the ultimate GTA and A610 models. Even the first front engined/front wheel drive Renaults, the R4L, were fitted with engines/gearboxes directly borrowed from the 4CV.We invite you to look through this website to learn more about the Register and its vehicles. If you own a Renault 4CV or later derivative, we would welcome you to join us.

The heart of Renault 4CV Register of Australia is its Members in all Australian States and the Australian Capital Territory. We are not seeking to replace existing local car clubs, instead members are encouraged to join an appropriate local car club for their regular car club involvement, with the Register providing a link with other owners and a 'special interest' source of information exchange.

The 2019 Muster was held in Inverell, in northern NSW. With good weather, good participation and a full programme of activities, it was a memorable event

Heading slightly westward for our 2017 Muster, we found ourselves in Griffith, in the Riverina district of NSW

The 2015 Muster was held over Easter in Forbes, NSW. We had a record number of entrants, some dodgy weather, and a very good time

We had a very enjoyable time at Junee for our 2013 Muster, with over 40 vehicles and more than 80 members and friends attending. We celebrated the 50th anniversary of the R8 reaching Australia. We even had the President of the Renault Owners Club of North America who made the trip to Australia solely to attend our event 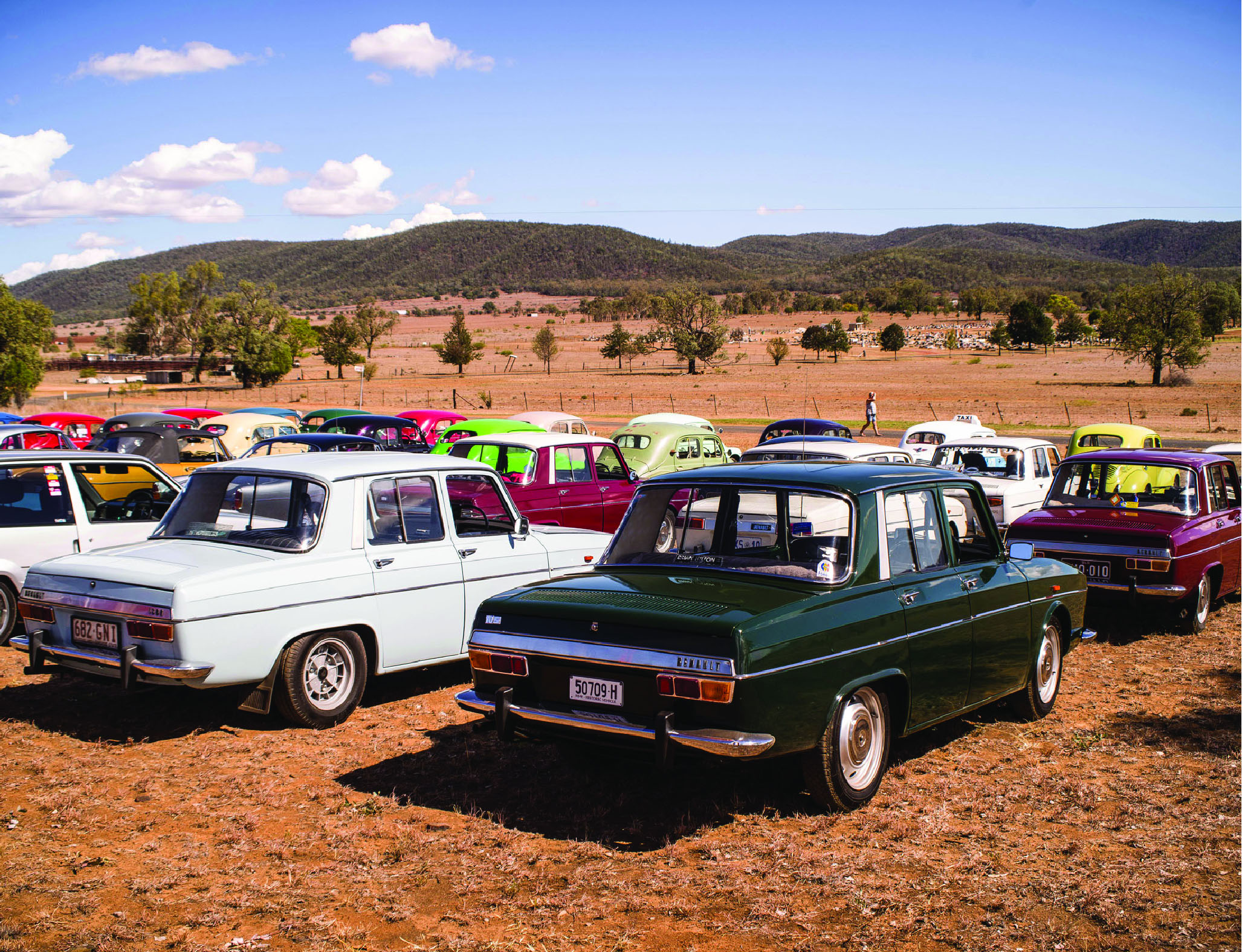 The Renault 4CV Register of Australia was formed in 1987 to provide a link between Australia’s scattered but very enthu-siastic owners of 4CV vehicles. Since that it has ex-panded to also include the owners of all the mechanical de-rivatives of the 4CV, from the Renault Dauphine and Renault Floride to the final rear-engined Renault GTA’s of the 1990s.

The Register has members in all Australian’s States and the Australian Capital Territory. We are not seeking to replace ex-isting local car clubs, instead member are encouraged to join an appropriate local car club for their regular car club involve-ment, with the Register providing a link with other owners and a ‘special interest’ source of information exchange.

A quartly newsletter provides the main source of communi-cation and specialised information, while State Coordinators also provide a local point of contact.

You can also find us on Facebook – look for Renault 4CV Register of Australia. It is there you will see the most current news, chatter, members’ reports and doings. 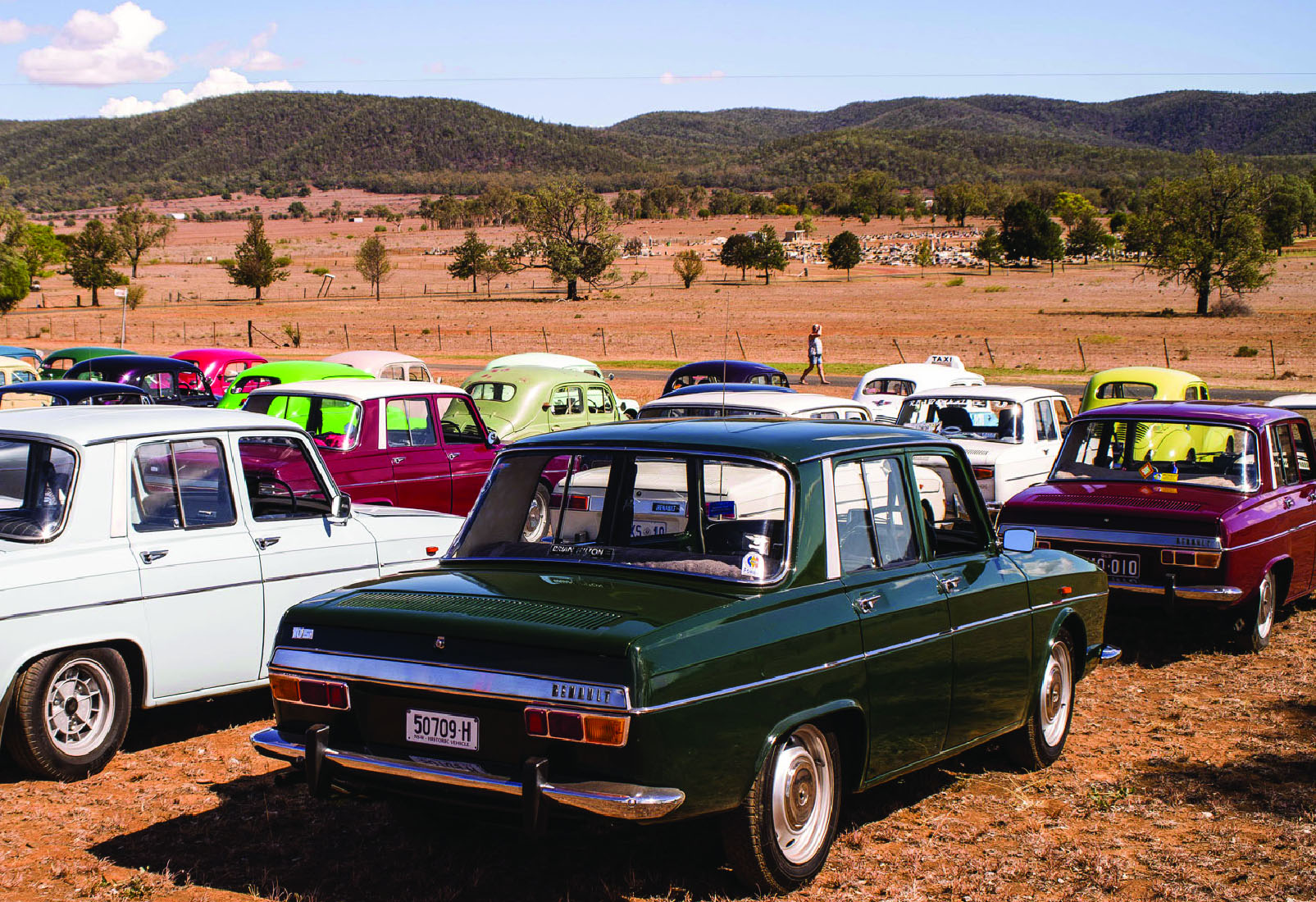 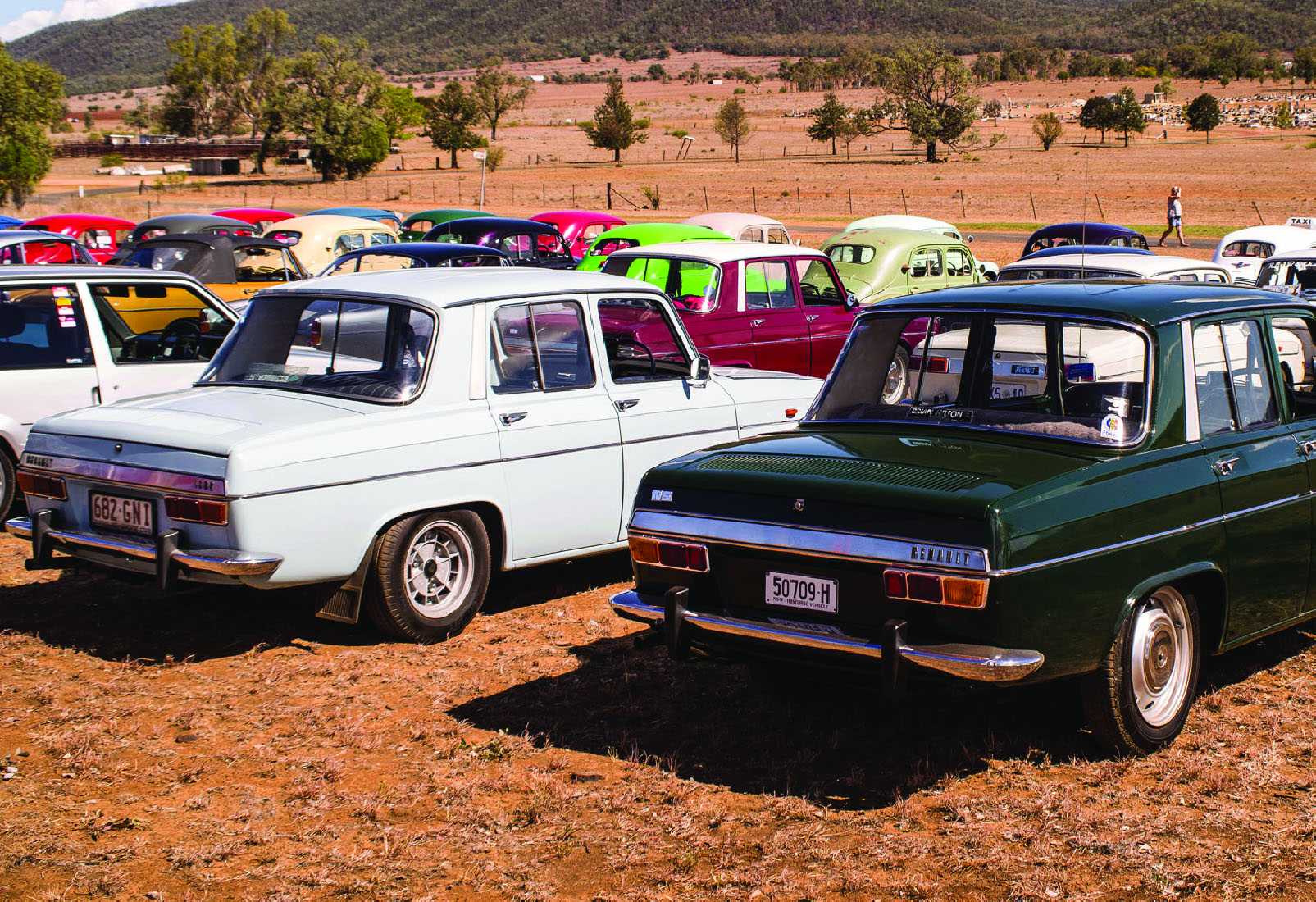 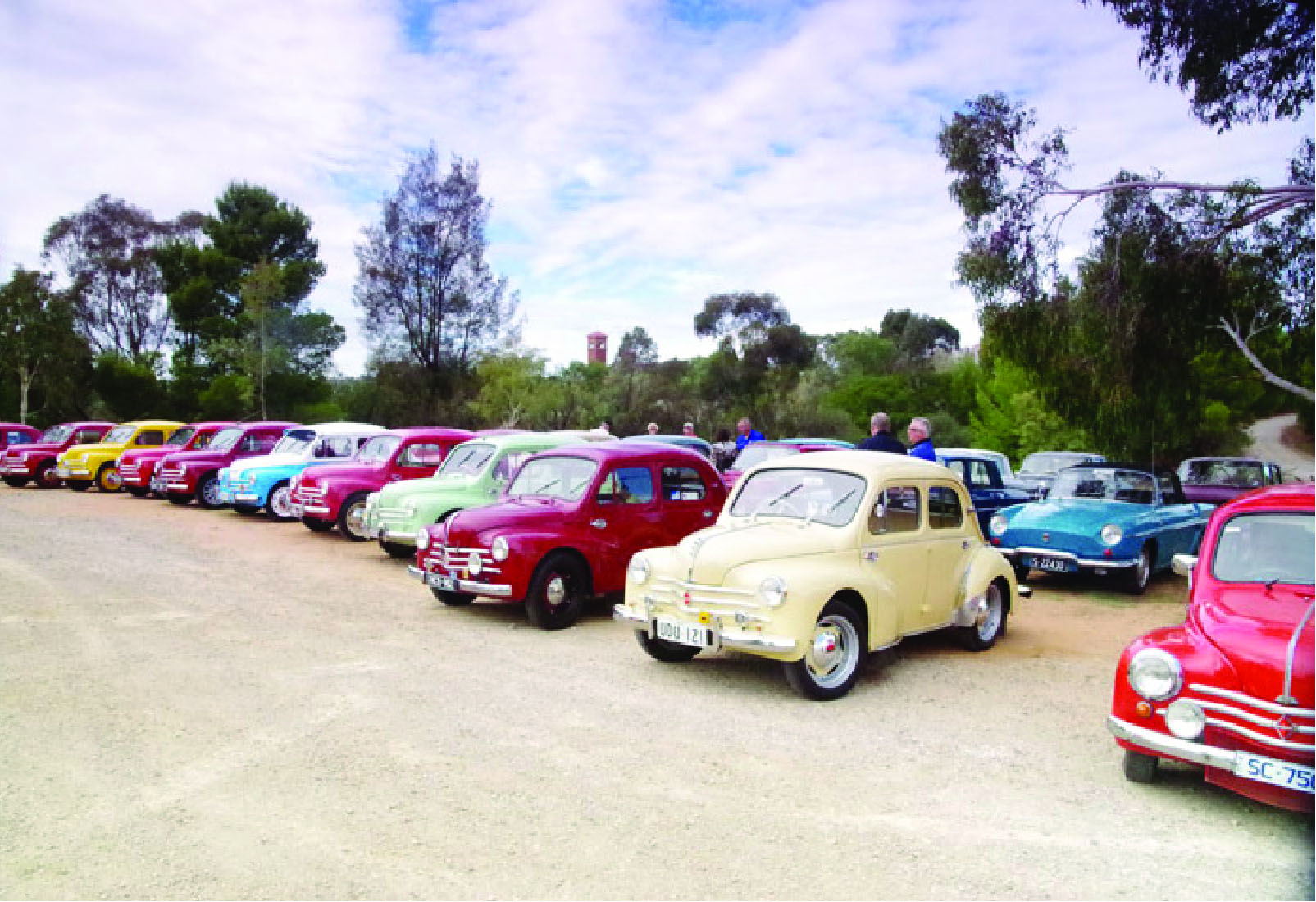 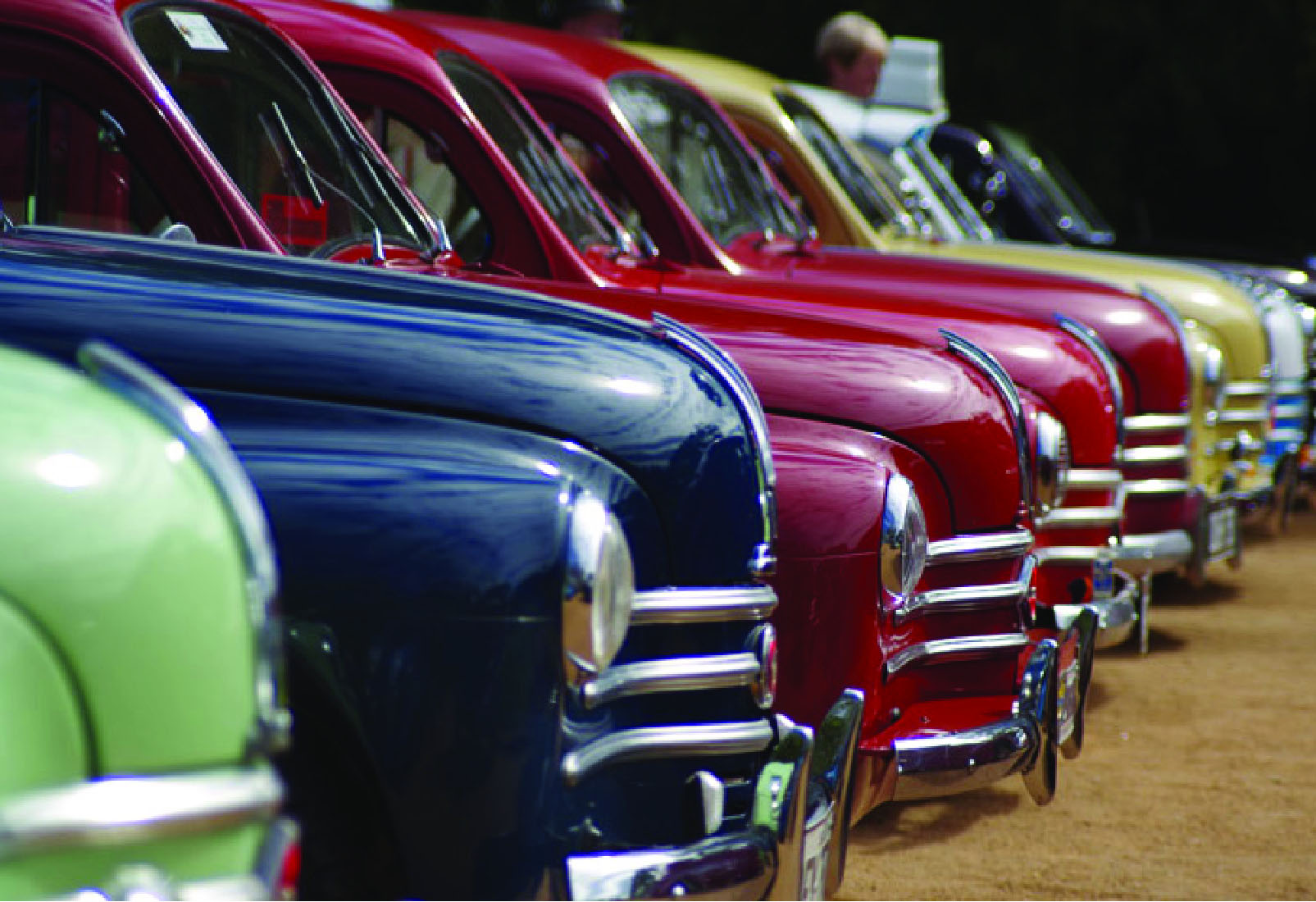