A French Flirt – The Renault Floride 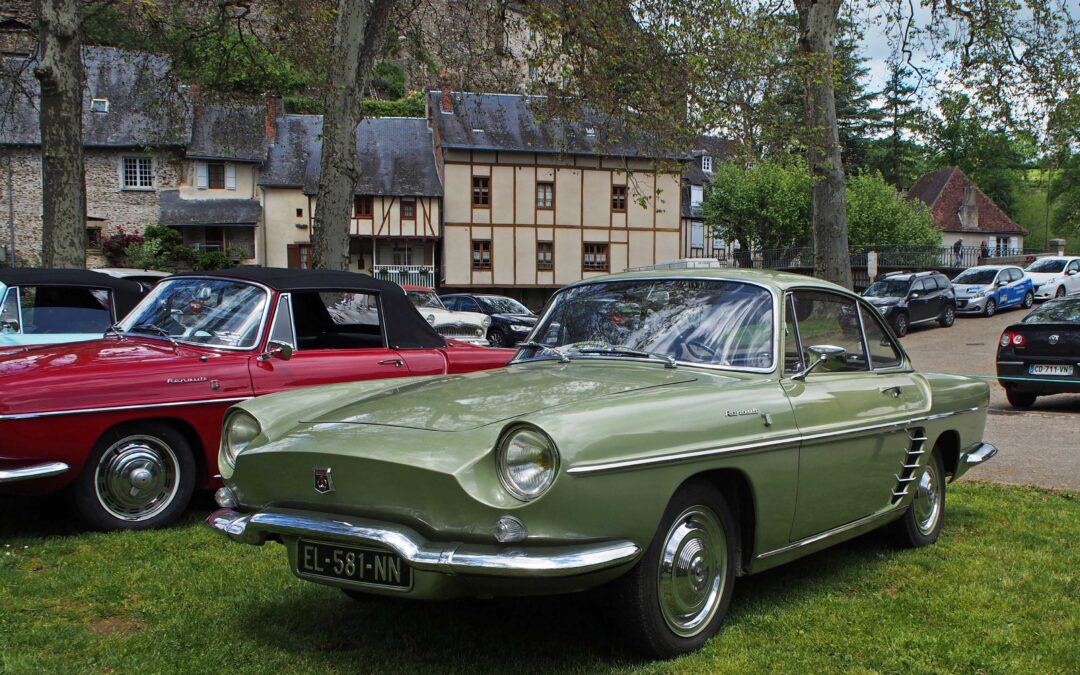 From the liberating, self-assured sixties comes the Renault Floride.
Pretty, flirty, fast, but only in the speedy sense, never running wild and certainly not flashy. She stood out in the crowd, yet was a little aloof. Sporty, but not a sports car, expensive but not of the luxury class, from a good family, but not a family car.

Like the French cars before and since, the export market of the USA was her prime destination. Her forerunner, the inexpensive, rear engined, four-door Dauphine – once a big seller – had fallen on hard times.

The Floride was based on the Dauphin’s mechanicals and floor pan, extended by a few centimeters. In the hands of Amedee Gordini, the gifted sports car tuner, the Dauphine’s wet sleeve motor was given a higher compression ratio, a new camshaft, bigger porting and better extraction to produce an extra 10bhp for the Floride.

Her smooth, flowing lines were to be the eye-catching drawcard to the showrooms – a “personal car” before later so-called “personal cars,” like the Ford Mustang, were produced in such quantity as to be owned by everyone. Only 117,000 Florides and the next generation Caravelles were sold world-wide, during a production run from 1960 to 1966.

The Floride’s fresh good-looks won her immediate, critical acclaim, from the well-mannered: “Immensely pleasant to look at,” to the besotted: “One of the most beautiful cars irrespective of price and size to come to Australia for many years.” In the market place, though, Australians regarded her as a bit unapproachable, perhaps uppish, and not cheap to entertain.

The price, £1600, was £500 more than a Holden, and slightly dearer than the top of the range Ford Zephyr Zodiac automatic. An MGA was cheaper and was regarded as a real sports car. The Floride, even in the convertible version, had wind-up windows instead of side-curtains! And the engine, a tiny 845cc and 51bhp in 1963 did little to dispel.

Taking everything into account, the Floride received only limited acceptance here (Australia), and time has not been kind to her since. In car-collectors’ conversations, she is an “also” model. “Renault also made the Floride.”

Few appear to have been preserved in original condition. They can never lose their figures, but many have lost their radiance, some are even wrinkled and beneath the skin, have been neglected. My own 1962 coupe (picture above), was in desperate need of affection when I bought her. It was hard to imagine that she was the sister of the attractive mademoiselle whose photo I had fallen in love with.

The care which followed has been worth it. As with all good relationships, the more one comes to know, the more there is to appreciate. The engine might be small, but it’s well-mated to a high-geared, four-on-the-floor, close-ratio box – Gordini again. The Floride can cruise for a long time, and fast. The original top speed was 80 to 88mph. (128 to 142kph). The gears have to be worked around town, but second goes up to 48mph (77kph) and third to 68 mph (109 kph).

Fondness turns to irritations into quirks. The gear box/differential unit, is frankly mushy, but light and, with experience, rapid. More and more, the virtues send vices into the shadows. Exceptional handling and lightness at the wheel, four and a third turns lock-to lock and a 30-foot turning circle make for agility in traffic. Independent suspension all around, a low center of gravity, surprisingly little over-steer and weight well distributed, she can be driven into any corner at disconcerting speeds without roll and with all four wheels firmly planted on the ground. The interior is not plush, neither is it plain-looking nor sparse. It is tastefully refined and comfortable. The instrument panel – with dials only for speed, fuel and temperature – is from the Dauphine, with the addition of a cigarette lighter on the passenger’s side.

When the rear seat is folded down it becomes a carpeted shelf for extra luggage space. Better that is should remain so. There isn’t room for les enfants, let alone adults -or, rather, one adult sitting sideways. Would you want either, anyway, in a personal car!

Renault, nevertheless, went to pains to distract more practically-minded buyers by emphasizing that this space, plus the deep, forward-hinged front “boot” accommodated a surprising amount of luggage. Inevitably, the eyes return to the body itself. For here is not the luxury of opulence but of extraordinary attention to detail, or refined class. Designed by the Italian, Frua, every Floride was virtually custom-built by specialist coach-builders. The seamless grace was created by hand-filling the welded sections. It is hard to believe that a front wing is made of four separate pieces, for not a suggestion of a join can be detected. 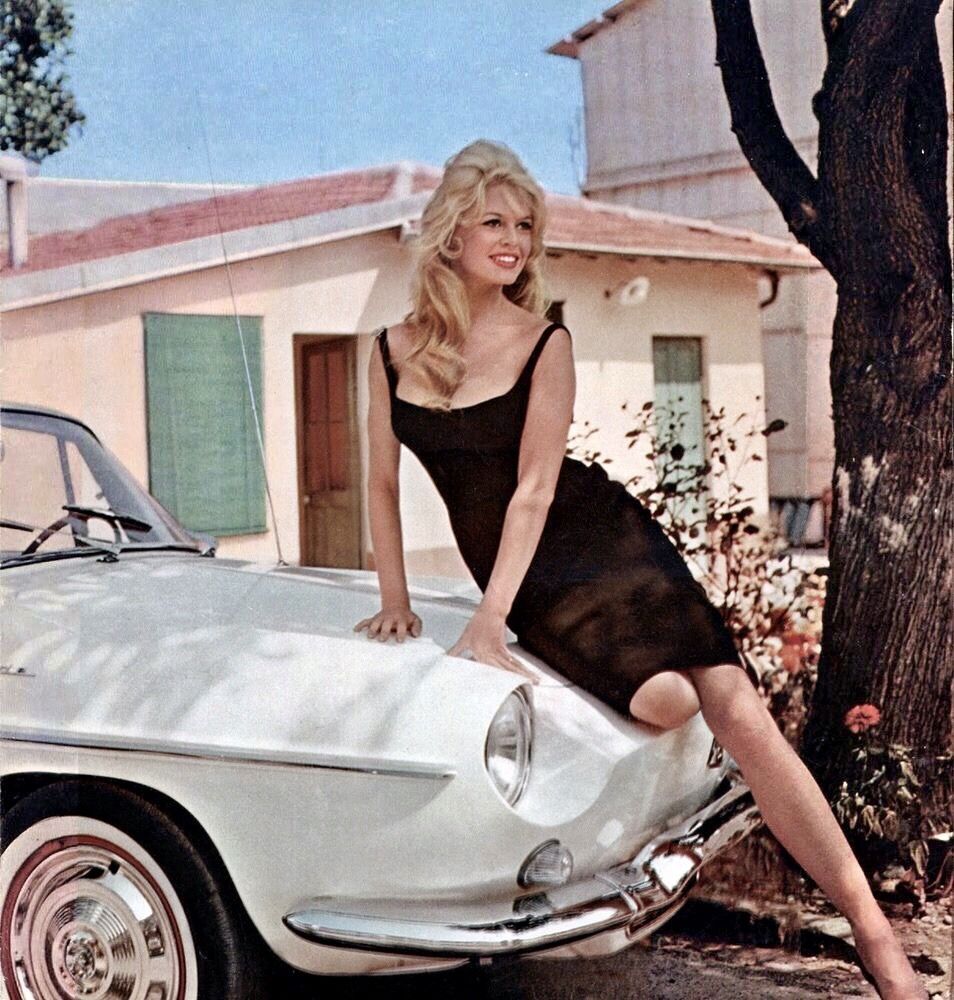 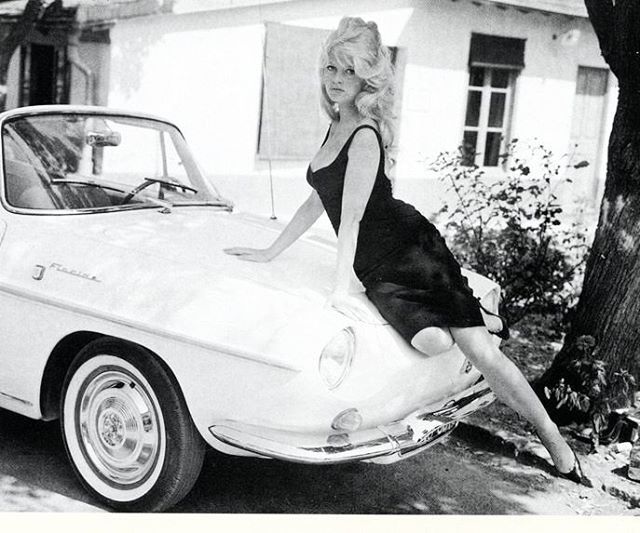 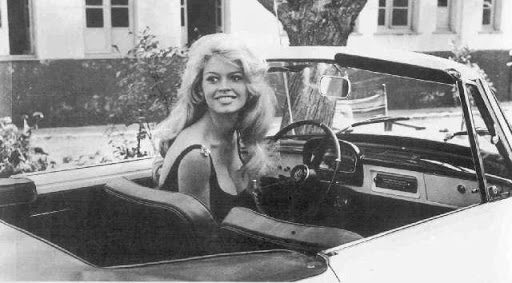 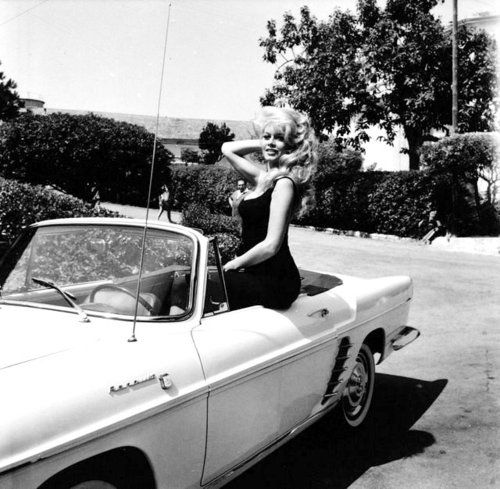 Other detail is there to be seen. The quarter-lights are hinged through the glass itself. The windscreen washers aren’t just screwed into the body, but incorporated into the special chrome base of each windscreen wiper. The exquisite crown insignia at the front, carried on from the Dauphine, is repeated in the side parking-lights near the doors. It was designed by the world-famous jewelers Van Cleef and Arpels of Paris, and is a clever picture-pun. Dauphine was the ancient French province given to the eldest son of the king – thereafter known as Le Dauphin -hence the crown. The word also means “dolphin.” The arches of the crown are in the form of dolphins.

The lines and shape of the body won the admiration of other manufacturers. Side-on, the first mustang bears a remarkable resemblance to the Floride, whose air intakes at the rear wheel arches required a fluted side treatment so that they could be blended into a harmonious whole. Her prow and sculptured headlights were copied for the MGB. much to Renault’s chagrin. The coupe/convertible concept was revolutionary. It symbolized freedom and spontaneous pleasure, le soleil et le vent – the sun and the wind – to be enjoyed whenever they could be had. The appeal was not lost upon Triumph. It’s Stag, and other makes with targa tops, followed.

Today’s young ladies look angular and severe by comparison. If given love, she can respond by being fun to be with, and when cars gather, she exudes charm in any company. She remains ageless of her time and feminine forever.