Members came from all across Australia to attend the 2009 Muster in Young, where we toured some interesting countryside, took many photos, and generally enjoyed ourselves 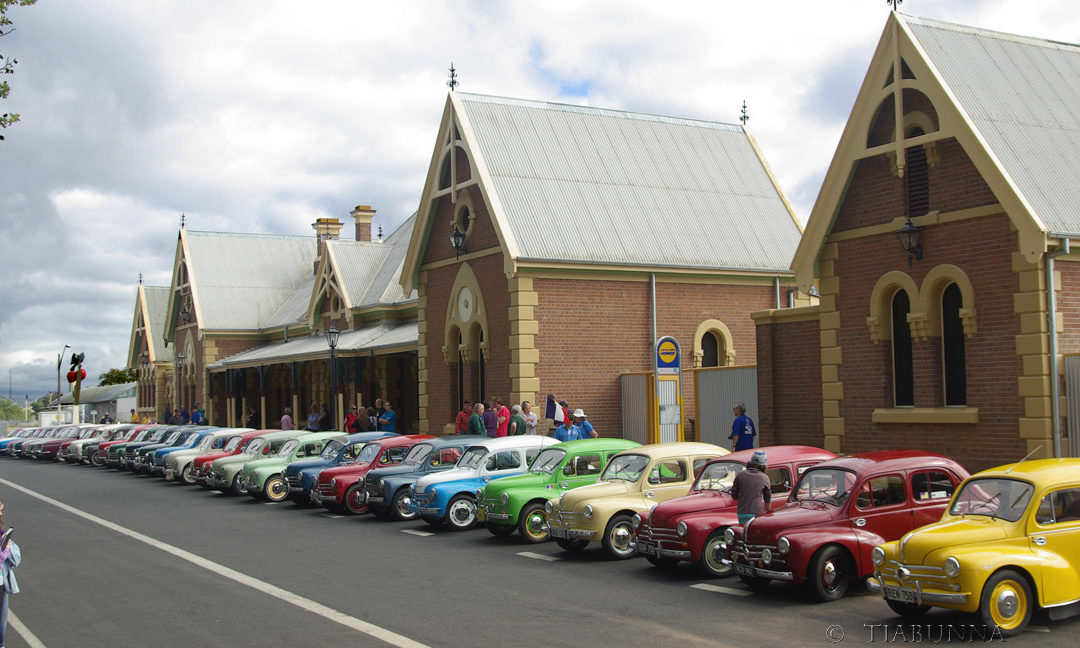 There was a great turnout of members and their cars at our 2009 Muster in the town of Young.   The weather during the Easter weekend could kindly be called “variable”, another way of putting it would be that it poured for part of the weekend. 🙂

During the weekend we toured the district, finding a superb rural mansion/castle which is largely unknown to the general public; had lunch at the village specially created in the 1800s by the owner of the said mansion/castle for the workforce; gathered at the former Young railway station for photos of our vehicles all lined up (as usual, we lined up for photos several times);  visited the “Alladin’s cave” garage owned by Les, who is our local Young Member; and had a very enjoyable dinner at a restaurant.  Finally, as seems to be part of our touring tradition, we visited some of the local wineries.  It was, in short, yet another great Muster with plenty of time to inspect cars, drive cars, and talk cars with old and new friends. 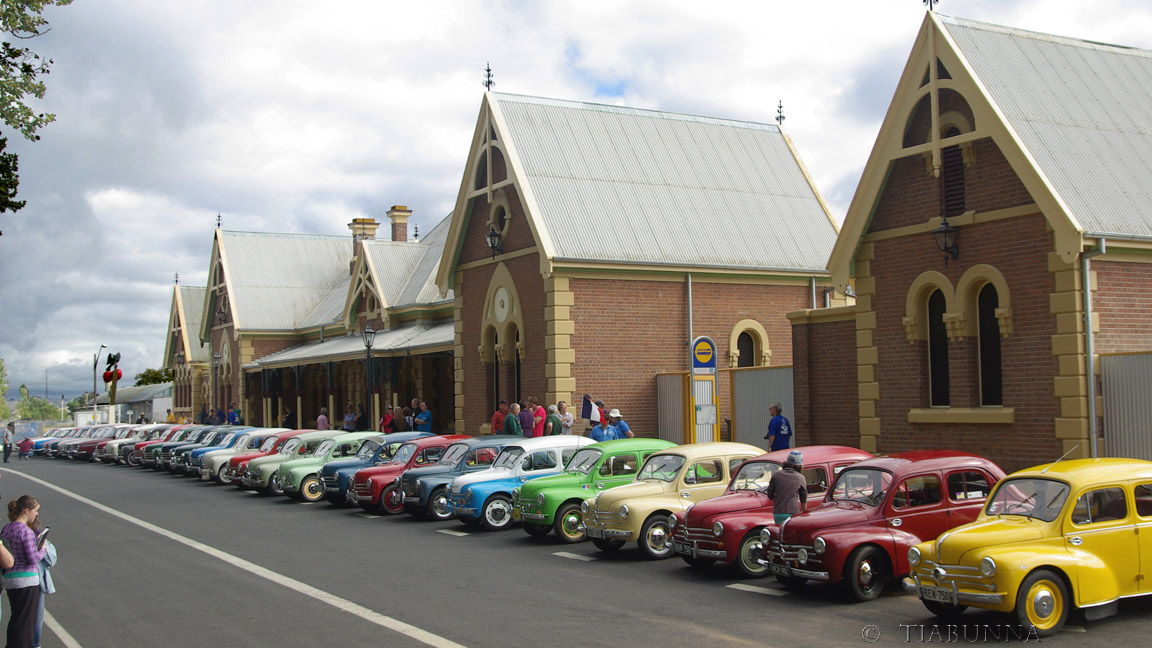