We returned to our biennial event format with our 2005 Muster in Casino, northern NSW. The weather was mainly fine and those attending had a great time 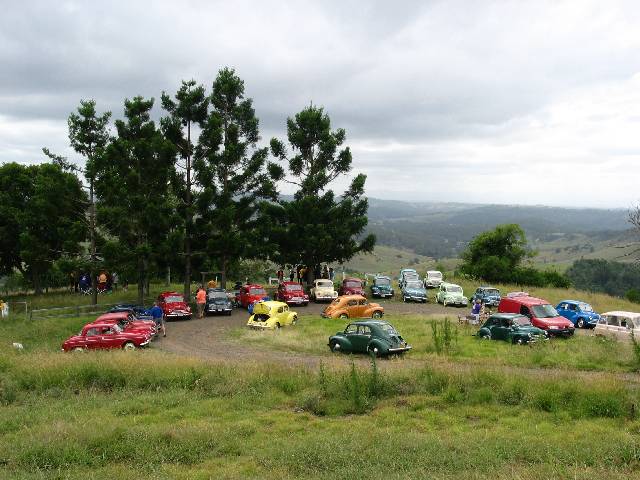 In 2005, we held our biennial Muster in the subtropical north coast of NSW, at the town of Casino. This panorama shows most of the vehicles.

We based ourselves at the Clydesdale Motel (yes, they have horses), and many of the photos were taken there.  Others were taken at a lookout inland from the town, while more were taken at a nearby tourist destination where craftspeople create intriguing metal sculptures. 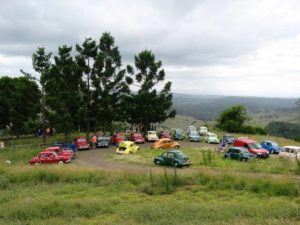 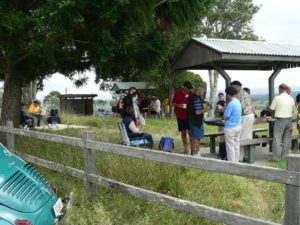 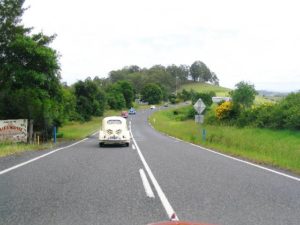 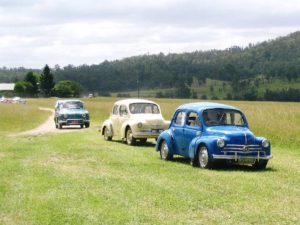 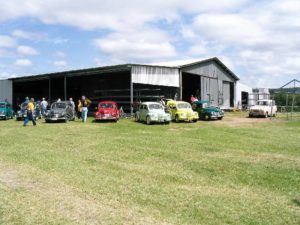 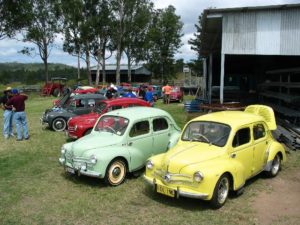 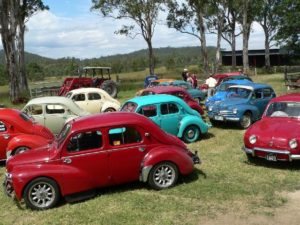 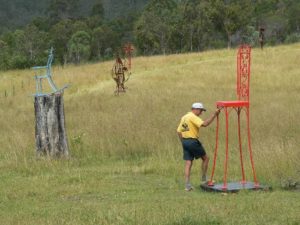 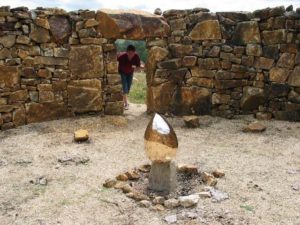 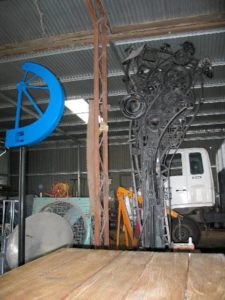 It has become a tradition, at every Muster, for the red car owners to conspire to have their cars together. Just for “red Renault” enthusiasts, feast on these (disclaimer: the Webmaster is biassed). 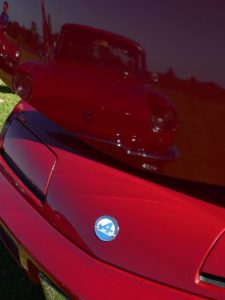 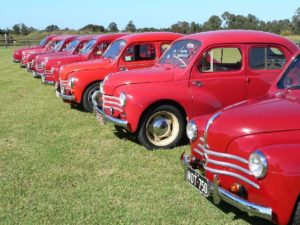 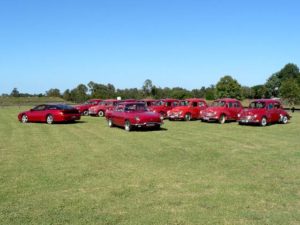 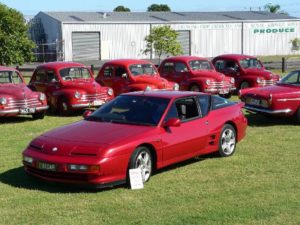 But a Muster would not be a Muster without socialising, our Saturday night Register Dinner (this year the Casino RSM Club looked after our needs while we enjoyed good food and company), and a very specialised “swap” to wrap up the weekend. 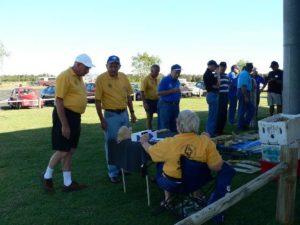 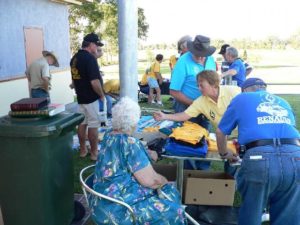 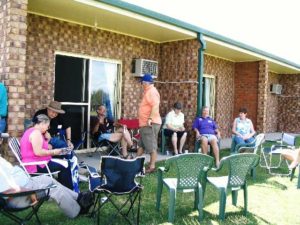 Over our Saturday dinner we made two major decisions. The first was to extend coverage to all rear-engined Renault cars with the engine behind the transaxle, ie the direct linear mechanical-concept derivatives of the 4CV. Until now we’d included the most immediate derivatives, the Dauphine and Floride because they also used the Ventoux engine – but that led to various anomalies. These are resolved by the wider coverage.

We also noted there is increasing interest in preserving and restoring the R8 and, more commonly, the R10 and its Australia-only version, the R10S. These vehicles are now of “collector age” and we are hopeful that our decision will assist in promoting their preseration.

The second major decision was the venue for our next biennial Muster. That is to be held at Cowra, inland central NSW, over Easter 2007. From preliminary investigations there is plenty to see – it should be a good venue and a great Muster, so book early if interested!