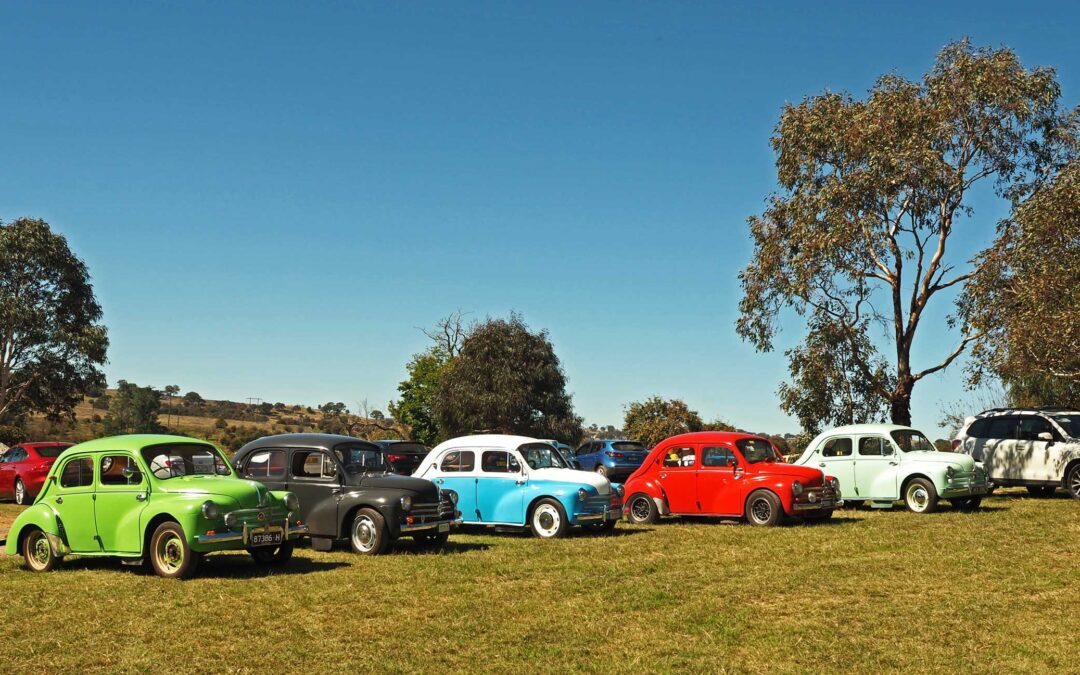 The 2021 Muster was held in Yass, near Canberra. Despite Covid and a Q’ld shut-down, we had nearly 20 4CVs and a variety of other models.
Yass was always going to be a challenge, given the ongoing uncertainty regarding State border closures. Coming from WA we had four or five different online forms to complete to cross some states to NSW and to get back into WA afterwards! Nonetheless we had a good turnout despite late cancellations from most Q’ld members as their border was shut a few days before Easter. 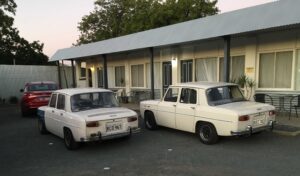 We had some 19 4CVs, 20 if you count one that turned up with a “for sale” notice at our Saturday morning display in a lovely park in Yass. 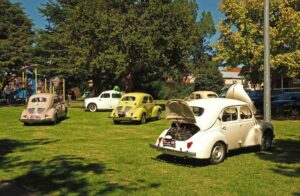 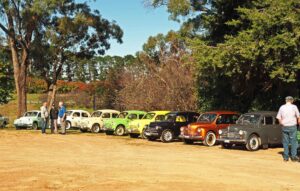 As usual, several “derivatives” were driven to Yass, including R8s and a Caravelle from Adelaide, a Floride from Sydney, a rare R10S from Parkes and a Dauphine from Brisbane. We welcomed others, an R17 from Sydney, an R12 wagon and (new) Alpine from Canberra and the sole surviving factory R8 Gordini from those great years around 1970-71 when Renault won the Australian Rally Championship and numerous state championships.
We visited various places of interest near Yass and the wonderful dinosaur museum on the outskirts of Canberra. 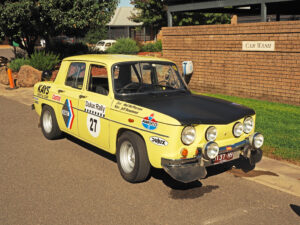 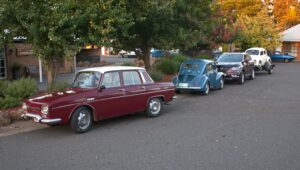 Our big dinner with our formal biennial general meeting had about 90 members present. On the Easter Monday we had a lazy visit to the old railway station, a good opportunity for a chat and people started going home. Musters finish all too early. Several stayed for a casual barbecue at the main motel that night, a great time for more chatting. It is hard to catch up with all the old friends in a few days! 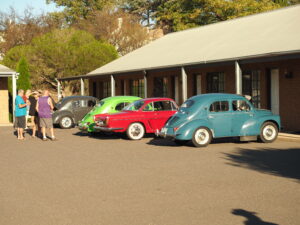