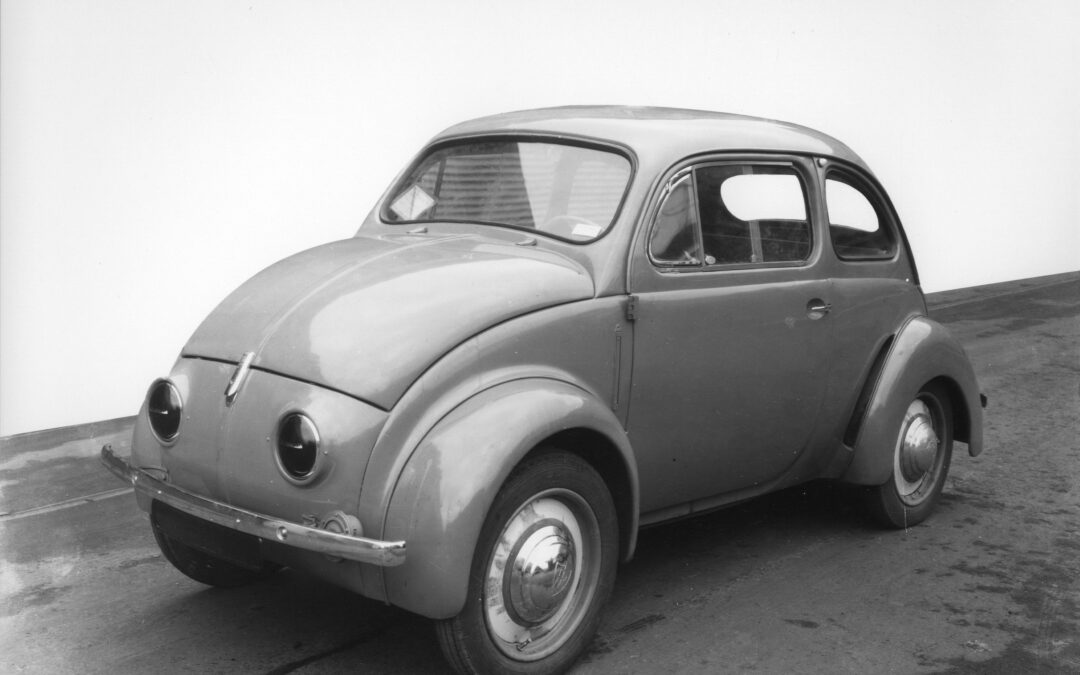 The Renault 4CV began as factory project 106 in the early 1940s during the German occupation of France. Some senior people recognised that after the war there would be a shortage of both money and materials, so a small family car was their best chance of rebuilding the company. This evolved into the familiar Renault 4CV, first exhibited in pre-production (preserie) form in 1946. Production began in 1947, ambitiously aiming at 300 units per day.

The early 4CV cars were designated R1060 and sold as the Renault 760 in much of the English-speaking world. They had lever shock absorbers and rather smaller suspension and hub components than later cars. For export markets they had characteristic sliding front windows. Early ones had notably flatter roofs as well.

In late 1950, the R1062 (Renault 750) had rather stronger suspension/hub components and a new instrument panel. Export models had wind-up windows, never available in the domestic market. Soon the R1062 acquired telescopic shock absorbers. In 1954, further upgrades came and then in 1956/7 the car acquired a driver’s binnacle for the instruments and, later, Silentbloc (rubber) bushes in the front suspension and the familiar 3-stud disc wheels replaced the older spider wheel assembly. Although many changes had occurred from the late-1950 cars, the model designation R1062 was not changed. For the rest of the production, to 1961, the car remained a low-cost alternative to the better-selling, 4CV-based Dauphine. If anything, the 4CV’s real replacement was the austerity and radically-different Renault R4, the first volume production hatchback.

In Australia, few, if any pre-1949 cars have survived.  By 1949, some cars were assembled in Sydney by Ira and A.C. Birk from CKD kits. The others were RHD cars assembled in the Billancourt factory in Paris. A few UK-built cars came here too, distinguished by English electrical components, including twin-circular instrument panels similar to those in a Morris 8.

Perhaps 14,000 cars in total were sold in Australia. Perhaps 150 have survived – it is hard to tell – and that number would include some in paddock, far too dilapidated to restore.